COSS is a revenue-generating token on Ethereum designed to sustain the Crypto One Stop Solution (COSS for short) platform, which aims to boost the massive adoption of cryptocurrencies. During the Fire Swap (pre-ICO) the amount of 25,000,000 COSS will be released. The minimum buy-in of this offer is 50 ETH worth of COSS tokens (the exchange rate ETH to COSS will become available prior to the start of the pre-ICO) with a 25% bonus. The offer may expire anytime once all 25,000,000 COSS tokens are sold. The holders of COSS tokens will receive weekly revenues from the COSS DAO generating value out of transaction fees on the COSS platform governed by the Smart Contract System. Thus, the COSS token has inherent value attached to it since the very moment of issuance. 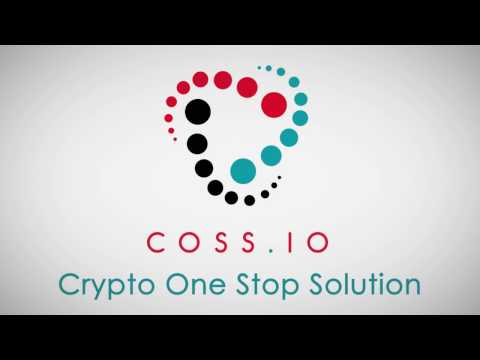 We are expanding our list of supported assets on COSS DEX by adding support for @ProjectSerum $SRM. SRM is now ava… https://t.co/YqWmMFBFlL